Skip to content
(March 4, 2016)Far Cry Primal is a game that I cautiously waited for with quiet anticipation. I am a huge fan of the Far Cry franchise and have played through Far Cry 3 and Far Cry 4 multiple times. My caution stemmed from the fact that Primal was to be released only a few years after Far Cry 4 (which reminded me too much of Ubisoft’s handling of the Assassin’s Creed games) and because more than a few online voices expressed their doubts that Primal would be anything more than a stand-alone expansion like Far Cry 3: Blood Dragon (which was crazy fun by the way!). 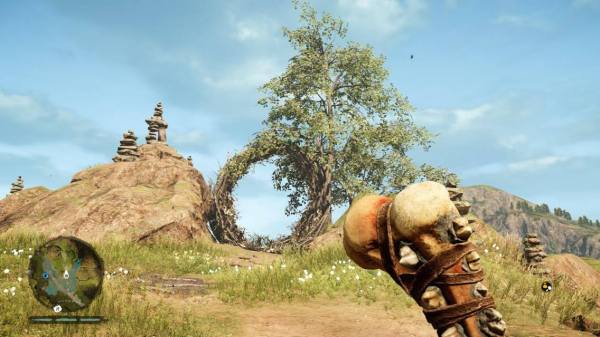 It turns out that the game runs and plays, for the most part, like the Far Cry games before it (especially Far Cry 4). Many have called Primal “mediocre” in the context of the franchise which is an inevitable and inescapable comparison. However, Primal has its differences–it’s more physical than the previous titles and relies heavily on survival in the heartless Mesolithic period. The natural environment made me feel small in comparison to its towering trees and the multitude of eager predators had me cautiously rounding every corner knowing that at any moment my (Takkar’s) death could be waiting.

Far Cry Primal takes players back in time to an unforgiving era where they play Takkar, a member of the Wenja tribe. Upon losing his immediate tribesmen in an ambush, Takkar sets off to find the land of Oros and his remaining tribesmen. Takkar goes about reuniting the Wenja tribe by completing various quests and tasks while bringing back individuals which grant him special abilities, weapons, and other accessories. This is where Primal starts to feel like the previous games. The protagonist saves a people in need by overthrowing an evil force or forces. It’s a plot seen before in many, many games. 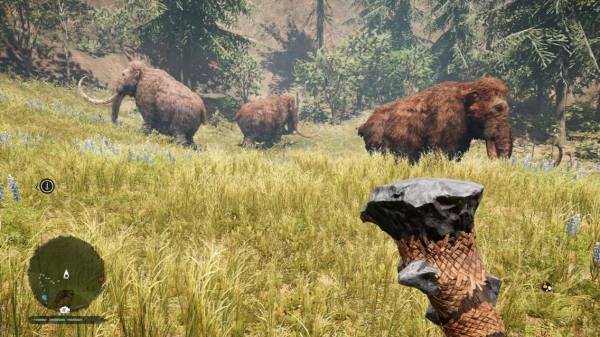 If the game were to exist on its own, without comparisons to the franchise’s main titles, it probably would have received greater praise among critics and players. Think about it. When was the last time you played a game set in 10,000 B.C. where saber-toothed tigers were plentiful? And please don’t say ARK: Survival Evolved. The games are miles apart.

In spite of these similarities, Primal infuses some fresh air into the franchise. Takkar’s ability as Beast Master to tame some really cool animals is a definite plus for me. One of the things I really enjoyed from the previous games was sneaking up to an enemy outpost and setting the resident caged tiger or bear loose to wreak havoc. In Primal, not only do you have the option to set caged animals loose, but you can directly command one of your tamed companions to attack enemies or help you hunt down wounded prey. My cave lion Bertha saved my back on numerous occasions.

While previous Far Cry games included limited survival elements, Primal takes survival and crafting to a new level. Takkar must constantly collect natural supplies such as rocks, clay, and various plants throughout the game’s three biomes. There are huts to build and weapons to upgrade.

Primal’s gameplay is solid and the combat is satisfying. Admittedly the weapon variety is limited but consider the period. Sure, the game asks players to suspend their disbelief on a number of the game’s features, but it must balance the fantastical with the realistic to a certain extent. Assault rifles just don’t fit in Oros. If you’re tired of tossing spears at everything with four legs vary your approach. The game follows in the line of Far Cry tradition in casting players into unique environments and enabling players to approach scenarios in a variety of ways. This is what I love about Far Cry, and Primal is no different.

As much as I have enjoyed my time running past woolly rhinos and setting every Udam settlement on fire, the franchise could use a break. People talk about “franchise fatigue” with Assassin’s Creed and it has become true for Far Cry as well. Primal is not a bad game by any means but, with a break, I believe Ubisoft could deliver an expansive and revolutionary experience with the inevitable Far Cry 5. If you barely made it through Far Cry 4, you should probably pass Primal up. If you easily tire from crafting and if you’re going to miss the standard weaponry of past games, don’t buy Primal. Primal is a complete, functional, and fun game that strays from the norm in a few significant ways. It’s not revolutionary, but it has its differences. 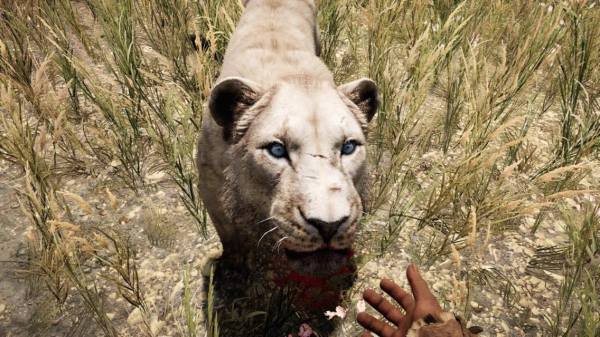 In terms of the technical stuff, Primal runs consistently at a solid 30 fps. It looks like Far Cry 4 in terms of graphics, which isn’t a bad thing, and I have yet to run into a single bug or glitch in 26 hours of game time. Ubisoft may have learned its lesson about churning out half-baked games and luckily this has yet to afflict Far Cry.

Primal offers a prehistoric good time. If you like the idea of riding a sabre-toothed tiger, and if you still enjoy the Far Cry experience, I recommend it. Now, if you’ll excuse me, Bertha and I have a few more outposts to claim.