Rumors regarding the next installment in the Far Cry franchise have started gaining momentum recently. I don’t normally pay much heed to such rumors, but Far Cry is one of my favorite franchises. While the possibility of Far Cry 5 arriving this fall is exciting, I find the rest of the rumor a bit odd.

According to multiple sites, Montana residents have been interviewed by Ubisoft, a production company involved with a previous installment is filming in Montana, and various other sources suggest there might be some validity to the game being set in the West. However, this does not confirm in any way that a Far Cry game is releasing this fall or that it will be a western game.

Unless such a game goes back in time and involves the native people of the area, a Far Cry game set in Montana confuses me considering the locations of the previous titles. The franchise has visited the South Pacific, Africa, tropical islands, the Himalayas, and includes various spin-offs set in different times. On one hand, a Far Cry game involving Native Americans might be a natural next step for a franchise that often explores religion, ceremonies, mysticism, and that increasingly clashes traditional values against ideas of progress. 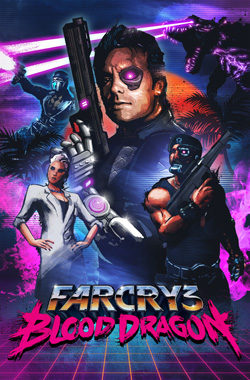 And, of course, it’s also a possibility that Ubisoft is only using the terrain of the West for an upcoming Far Cry game or is prepping for a different game entirely. I also can’t see Ubisoft releasing a western game around the same time that Rockstar’s Red Dead Redemption 2 is (supposedly) going to release. I can’t see that ending well for Ubi.

If Far Cry 5 is a western game, what are your thoughts about that direction? I would much rather see the next Far Cry game follow in the vein of Far Cry 3 or a return to Africa. Even a place like Australia would make for a different experience.