Note: this is my only post for the week due to the holiday. Have a splendid week wherever you are! 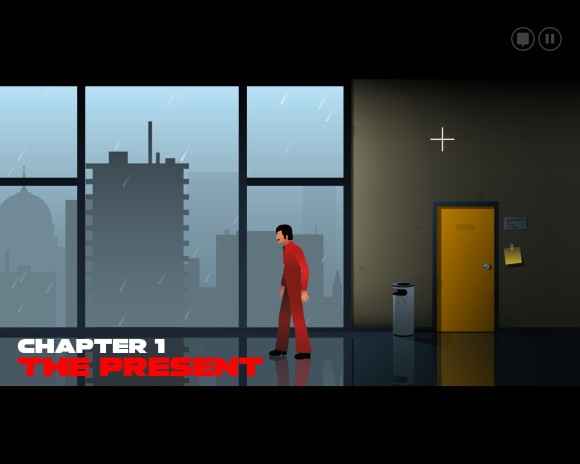 Developed by House on Fire ApS, The Silent Age (2013) is a 2D side-scrolling point-and-click adventure. Players take control of Joe, a man who has held many jobs over the years and has finally settled at Archon as a janitor. An abrupt promotion and the discovery of a blood-soaked handkerchief quickly propel Joe out of a mundane life.

The Silent Age features ten chapters in which players must solve environmental puzzles by way of collecting certain objects like key cards, gloves, quarters, and paper clips. But what really helps set this game apart from others in the genre is the ability to time travel. 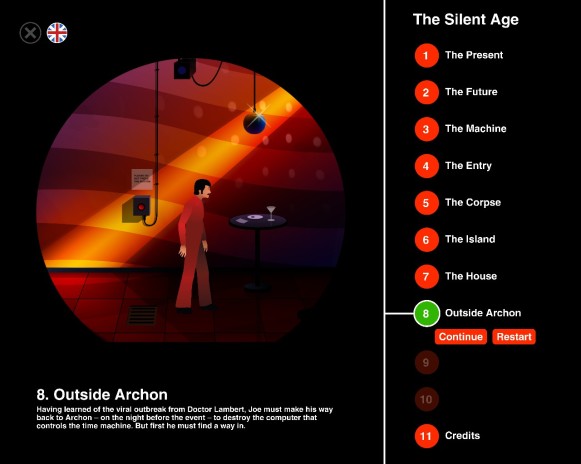 I’ll only touch on the plot briefly in this post, but what you need to know is that Joe stumbles upon a time traveler who is attempting to prevent a catastrophic event. The traveler fails and entrusts Joe with the time traveling device, a medallion, so that Joe can go through time to warn the traveler of his initial failing. Half of the story focuses on Joe’s efforts to find the time traveler, and the rest…well, I won’t spoil it for you.

In most of the chapters, players will need to collect a few items and then travel backwards and forwards through time at multiple points/locations to progress through each chapter. At times, the medallion will need to be recharged by sunlight, and certain sections of each level can only be accessed while Joe is either in the past or future. This mechanic works well in The Silent Age, and I was never left stumped for very long with each puzzle. 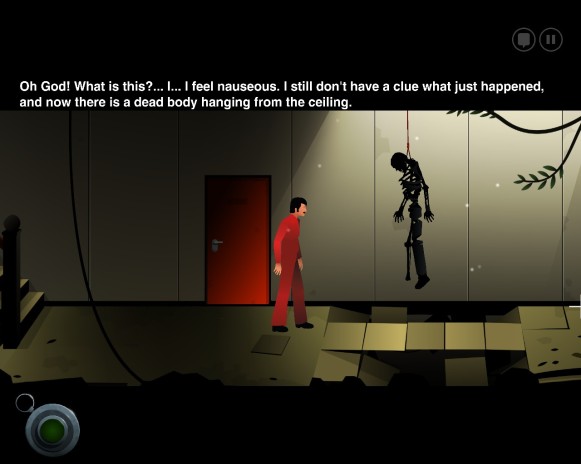 In terms of the story, the quality was surprisingly at the higher end. The inclusion of voice acting during the cut-scenes and a few other segments really added to the engagement I had with the narrative and the believability of the characters. It’s one thing to see Joe’s hesitation and confusion in the captions but it’s another to hear his hesitation and confusion when presented with the terrifying and remarkable. I will say, though, that I think the game would have benefited from full voice acting throughout.

The Silent Age is another one of those indie gems I wish I had stumbled upon sooner. I genuinely enjoyed playing, and the art style was a welcome change from the pixel graphic style of so many indies (not that I have anything against this style, I just needed a change up). It’s a pretty game with decent sound design and a good enough story to entertain for a few hours. The Silent Age might be the answer if you’re looking for a slightly different kind of point-and-click adventure.

Teachable?: As a straightforward and short point-and-click adventure, implementing The Silent Age into the classroom could be done with relative ease. It is available for PC, Mac, iOS, Android, and Kindle Fire, offering a variety of ways for students to access the title. On Steam, the game can be purchased for $9.99. Considering the game can be completed in less than five hours, The Silent Age runs a little higher than what I would normally consider for the classroom but the price isn’t outrageous by any means. -/+Affordable +Low Tech Requirements +Playable in 3-4 Hours +Ease of Play